Earlier this year, we surveyed 2000 people on their openness to a series of 21 use cases - enabled by Open Banking - that look likely to emerge over the coming ...

Earlier this year, we surveyed 2000 people on their openness to a series of 21 use cases - enabled by Open Banking - that look likely to emerge over the coming months.

Trust was, unsurprisingly, a key factor. The more that users trusted their institutions to be responsible custodians of their personal data, the more open they were to use cases that involved data sharing. For most customers trust and familiarity went hand in hand - if you had a product from an institution you were about 30% more likely to trust that type of institution. So, for example, if you have a product with a digital wealth manager like Wealthify or Wealthsimple, you were about 30% more likely than other similar people to trust digital only financial institutions.

This was pretty consistent - except when it came to building societies. Just over 30% of the total sample said that they thought Building Societies were trustworthy (that’s actually relatively high considering that the number for Facebook was 5%), but amongst building society customers that 30% became 86% and eclipsed levels of trust for, amongst other things, banks and the NHS. 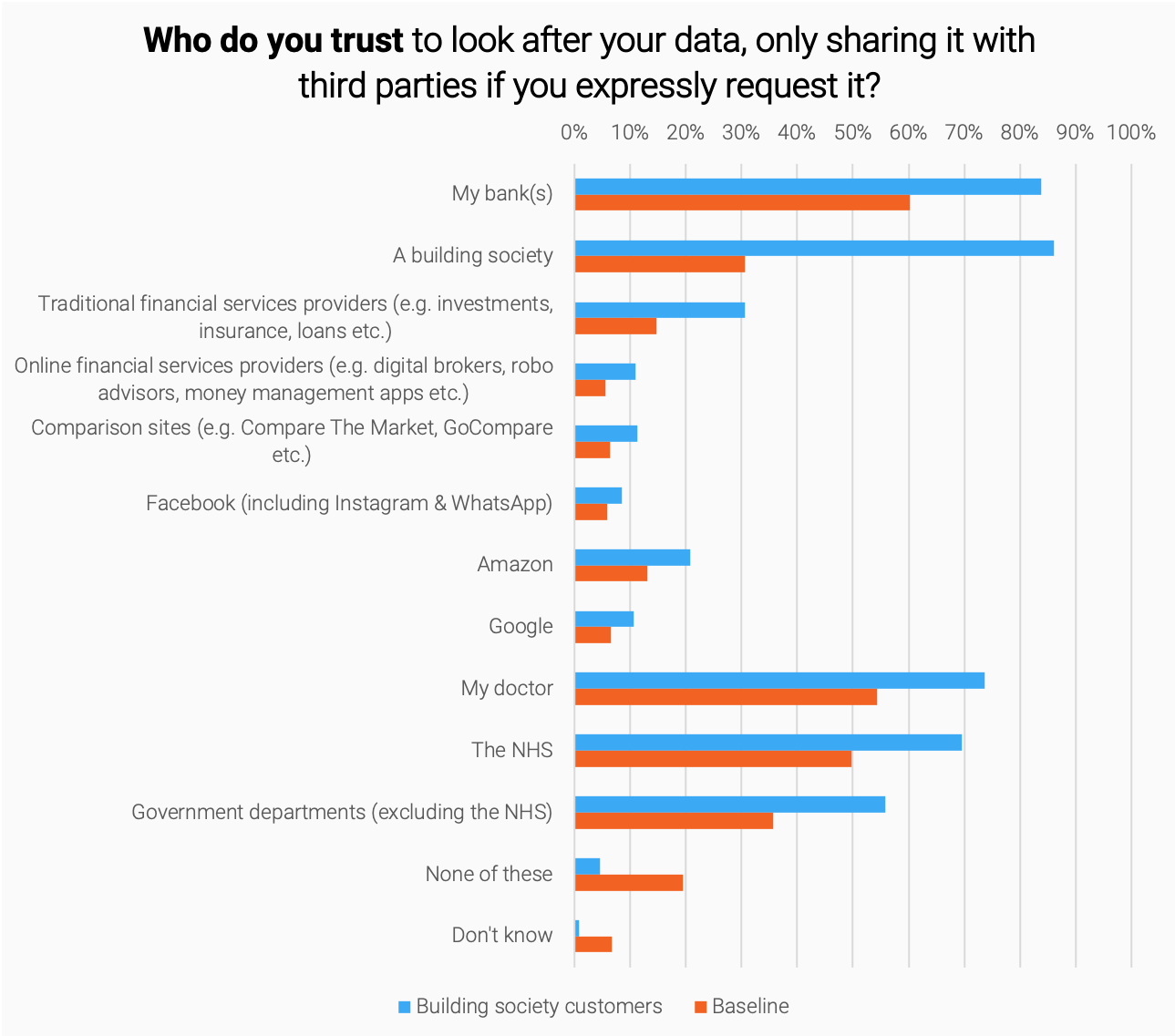 Increased trust levels lead to an increased openness to data sharing across the sample and this was just as pronounced with customers of building societies. On average building society customers over-indexed by around 10% across all use cases and by significantly more in certain areas.

The picture is, of course, more complex than this. There was a correlation between lower levels of concern around the security and privacy of data and levels of trust which complicates the picture, but the fact remains that building societies are in a unique position.

Customers were, demographically, pretty representative of the wider sample. They displayed a definite need, with most customers saying that they had managed to save less than £1000 over the previous year and trust, which for other groups is a key blocker for adoption, is not an issue.

Last year, we predicted that building societies would start to play a significant role in driving real adoption of some of the key use-cases for which Open Banking was conceived. These are organisations with strong understanding of their customers and a clear sense of purpose, two of the key factors we look at when considering the potential for Open Banking partnerships, and this latest research only adds strength to the conviction.

If you’re a building society and you’re not already talking to us about how you can commercialise Open Banking and help your customers in the process get in touch. We'll happily take you through a deeper dive into the findings. Alternatively download a copy of the full report here.

Beyond Open Banking: 2020 and the road to Open Finance.

END_OF_DOCUMENT_TOKEN_TO_BE_REPLACED 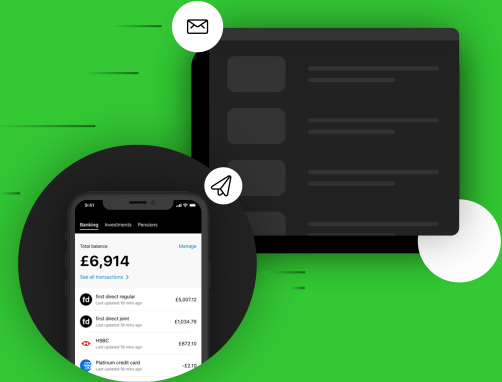